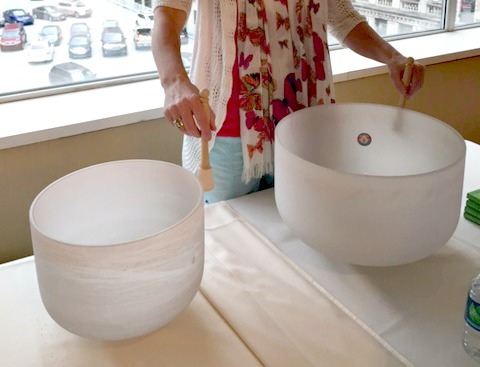 As I drove in darkness towards the city, I made a promise to myself: Just try to be positive and have a good attitude. In other words, be the exact opposite of my normal self.

I was on my way to the all-day The Authors’ Zone Writers Conference in Pittsburgh. When I’d originally registered for the event, I thought could be a good chance to network and learn some new skills for my business. Of course, when the day finally arrived, I was dreading it.

Believe it or not, I’m an introvert. Sure, I can be friendly and sociable when need be (especially after a couple glasses of wine). But honestly, nothing gives me more anxiety than the idea of spending an entire day engaging in small talk with total strangers. I’d rather go to the dentist (no offense to you dentists out there).

The morning went surprisingly well. I introduced myself to a couple fellow writers during breakfast and really enjoyed the first couple sessions. When it was time for lunch, I kept the positivity going as I sat with a group of strangers and chit-chatted about the writing life.

It was right around this time when I heard what sounded like feedback from a microphone. Someone else at my table heard it too and suggested it was just someone vacuuming over in the next room. Whatever it was, we tried to ignore it and continue our conversation. However, the sound grew louder and louder with every passing second.

Finally I turned around and noticed a woman standing in the back of the room rubbing these strange, drumstick-like things around the rims of what looked like two giant salad bowls. This, apparently, was the source of the strange sound. As more and more people around the room turned to look, gradually the room fell silent while we all awaited an explanation.

The mysterious salad bowl woman, as it turned out, was our luncheon speaker, Dorit Brauer—author, holistic healer, and meditation coach. After introducing herself, she said was going to lead us in a guided meditation that would help us “unleash our creative genius.” I’ve actually done a little experimenting with meditation in the past, and I’ve read about its power in helping you clear your mind and be more present. So I was definitely open to it. Sure, maybe it was a little weird trying to meditate in a room full of strangers. But I was already missing out on my daily afternoon nap, so I figured what the heck.

Not everyone in the room was as open-minded, however. Just before we got started, a handful of attendees quickly packed up their belongings and headed straight for the door. Not me. I had made a promise to myself, and I was going to keep it. Positivity!

Over the next 15 minutes — which, for a person like me with no attention span whatsoever, can seem like an eternity — we closed our eyes as Dorit led us in a guided meditation. She told us to focus on our breathing while we imagined a bright light filling our body with peace and warmth. All the while she continued to play her “singing bowls”, which filled the air with a steady humming sound, not unlike the sound of a far off Cessna.

When it was all over, I have to admit, I really felt refreshed and more present, energized even. It was the perfect way to begin the afternoon sessions.

Salad Bowl Lady, however, wasn’t done with us just yet. “We still have a little more time,” she said in her thick German accent. “So let’s all form one big circle around za room, wis everyone holding hands.”

Being an introvert, I’m against any form of audience participation. I didn’t come hear to participate; I came here to observe. From a distance. Plus, I wasn’t so keen about holding hands. I mean, isn’t this cold and flu season?

It was too late to make a run for it, though, so I just played along. Of course, in a room that was made up of 90 percent women, I ended up having to hold hands on one side with one of the only guys—a big swarthy guy with big manly guy hands. Wonderful.

Next Dorit had us go around the room, one by one, and say how our “heart felt” and share one thing we were grateful for. A little embarrassing? Sure. But it was nice, too. And at least this was the last thing we’d have to do. Or at least that’s what I thought.

Next, she had us find a partner, stand in front of them, and then, in total silence, look directly into the other person’s eyes until we felt that we could “truly see them.” My positivity was quickly waning. Long story short, I did it. And I guess it wasn’t all that bad. Mostly because I cheated and just focused on my partner’s nose instead.

“Now let’s switch partners,” said Dorit, “and do the same thing with them.”

You gotta be kidding me.

I turned around to look for another partner and found myself face to face with Mr. Big Swarthy Guy. This called for some quick thinking. “Uh…I’ll be right back,” I said. “I have to use the restroom!” And with that I darted from the room, making my escape.

After waiting for what I thought was an ample amount of time, I returned to the room. Surely it was time to get back to the writing sessions again. That, or it was time for yet again another game of Holding Hands With Strangers, where, once again, I found myself clasping hands with Mr. Big Swarthy Guy.

Positivity out the window.

Eventually it was time to get back to the sessions, thank goodness. No offense to Dorit, who, by the way, is extremely gifted and passionate about what she does. I mean, nobody can play a couple giant salad bowls like her. But, personally, I prefer a more introverted approach to meditation—one in which I’m in a quiet room, alone, and I don’t have to hold hands with any big swarthy men.