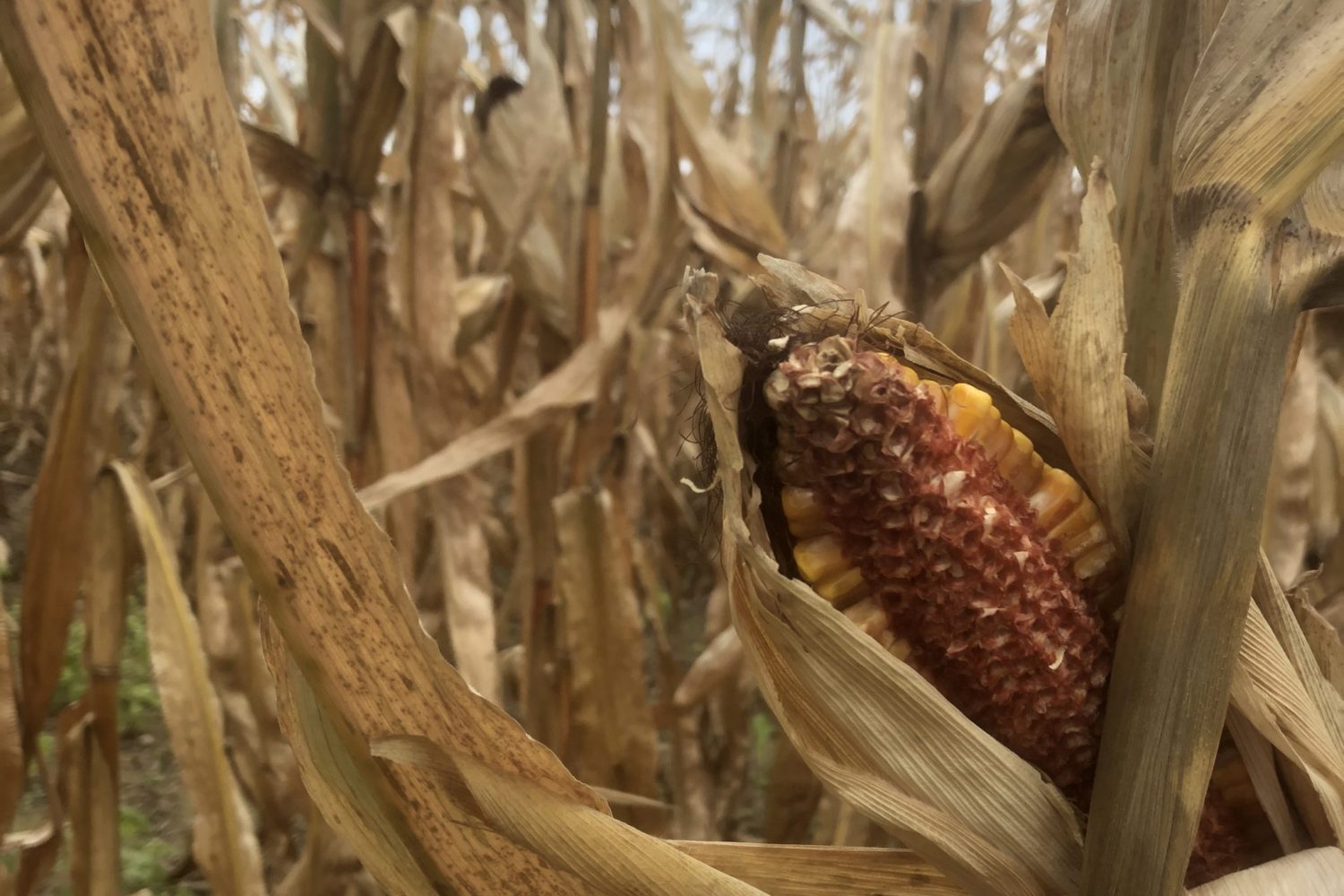 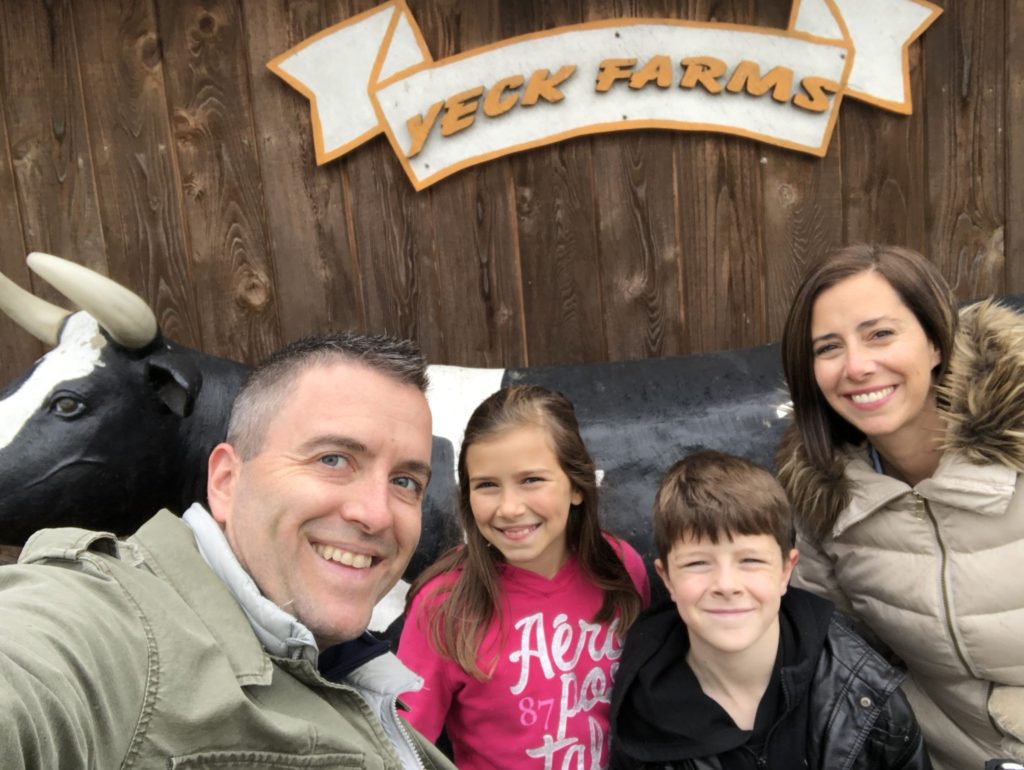 My heart pounded as I crouched in the corner of the field, carefully scanning for any sign of movement. I knew they were near, hunting me. I could hear them moving through the dried stalks in the distance. Just when I thought I was safe, I heard footsteps to my right. Turning toward the noise, I saw him coming straight for me…The Animal!!

The fam and I were enjoying an afternoon of fun at Yeck’s Farm in nearby Freedom, Pa. We’d been trying to get to a pumpkin patch for some time now, but we’d just been too busy as is normal these days. Today the kids had a day off from school, however, so we took advantage of it for some good old-fashioned autumn fun. We’d been at Yeck’s a few years back with Boogieface’s Girl Scouts troop and had a great time. It was good to come back and relive those memories.

The first thing the kids did was make a beeline for the hay-bale maze. This is basically a huge pile of bales piled in such a way that there’s a tunnel through the bottom. At first Cass and I just stood back and watched. But of course we couldn’t help it, so we dove in after the kids and had fun chasing them around in the dark, my aching, 40-something knees be damned.

After that the kids hit up the off-road tricycle course. Both were actually too tall to use them, according to the sign. But since we were pretty much the only people there, we figured, what the heck? And anyway, The Animal just went in and started riding despite the sign. Who was I to stop him? (Oh, yeah. I guess that’s my job. I’m his father.)

(According to my wife.)

Next, Boogs had a grand old time covering her little bro from head to toe in the grain shed. Nothing says sibling love like burying your brother alive.

Then it was time for the corn maze. The good thing is we had it all to ourselves. The bad thing was, it being late in the pumpkin-patch season, the teenagers (I can only assume) had already done a job on many of the corn stalks. But there were still enough standing for a rousing and heart-pumping game of hide-and-seek.

After that we went on a leisurely stroll along the hay-wagon path as the kids picked through the gourd patch. Not long after, it started to rain, so we made for the pumpkin pile to pick out a few good ones for carving later on.

As I went to pay, I took a second or two to look around and appreciate the moment, grateful that my kids were still young and innocent enough to have a wonderful time with their parents at a pumpkin patch. Then I saw the sign that read, “No credit cards. Cash only.” Are you kidding me!? What century is this?

And so, as the kids ran off to once again explore the hay-bale maze, I hopped into my Hyundai and headed for the nearest ATM, a mile or so away.

Oh, well, it was still a wonderful, memorable day with my wife and kids. Even with the $3.25 out-of-network fee. Just barely.~