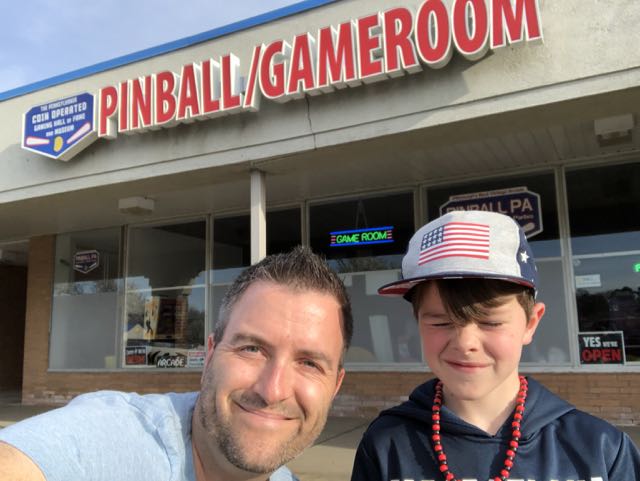 Lately The Animal’s been playing his Xbox a little too much, and I figured a little father-and-son time might be in order. So the other day after school we jumped in the car and headed to…the arcade!

To be specific, we went to Pinball PA in Hopewell. I’ve been wanting to check out this place for a while now and, let me tell you, it’s awesome. We’re talkin’ over 400 vintage pinball and arcade games to choose from! Twenty bucks buys you two full hours of vintage-video-game bliss.

As I wandered down Memory Lane, rediscovering old games like Joust, Galaga, Dig Dug, Pac Man, and Donkey Kong, The Animal headed straight for a Star Wars game and started blasting Tie Fighters out of the sky. The Force is strong with that one. (Daddy trained him well.)

After that he made a beeline to the shoot-a-bunch-of-bloodthirsty-zombies-before-they-eat-you-for-dinner game. Actually, we both played that one together. After all, nothing says father-son bonding like teaming up to vanquish the undead. We played that particular game so long that after a while our index fingers were cramping. Who says you can’t get a workout from video games? 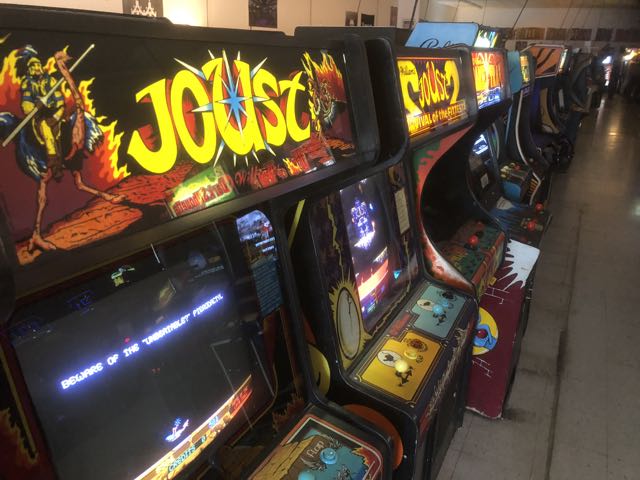 When I was a kid, my favorite arcade was upstreet at the old Stop-N-Go. My friend Donnie and I used to go up there to kill time before school after serving as altar boys at the early Mass. The coolest video game they had was a commando-esque game called Ikari Warriors. If you’ve never had the pleasure, imagine Rambo, just with really terrible graphics. But, hey, back then it was state-of-the-art. We loved it.

My dad actually used to be big into video games himself and over time amassed quite a collection of titles. Just instead of an Xbox, he had an Atari 800. The games themselves either came in cartridge form or were burnt onto those giant old floppy disks of yore. Whenever Donnie would stay over, he and I would burn the midnight oil playing games like Double Dragon and Spy Hunter. Then, as soon as we were sure my dad was asleep, we’d dig out his not-so-secret strip poker video game and then do our best to make our female opponent strip down to her pixelated birthday suit. Alas, right when we’d get her down to her 8-bit skivvies, we’d hear a noise down the hall and then turn off the game in a panic, lest we get caught. (Did I mention we were altar boys?)

Years later, when I was in college, they had this cool little arcade in the student union. Between classes I’d go in and play Pole Position—Atari’s incredibly popular Formula One racing game. I even held the high score for a while. That is, until all the power went out during a storm one day and forever erased my hared-earned record. Tragic, right? 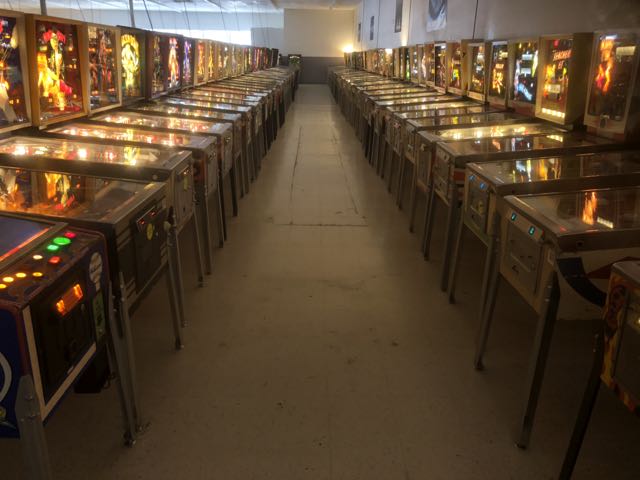 Pinball PA has Ikari Warriors! And Pole Position! And about a gazillion other games I remember from my childhood. (No strip poker, unfortunately.) And if you always fancied yourself a pinball wizard, they’ve got enough machines there to keep your wrists sufficiently supple for days on end.

I figured two hours at the arcade would feel like forever, but honestly the time flew by as my son and I bounced from game to game—me reliving my childhood, he still working on his. It was a blast.

Heck, if it weren’t for my aching knees and freakishly bushy eyebrows obstructing my vision, I might have even believed I was 10 years old again. If only…

One Response to "Vintage Gaming with The Animal"