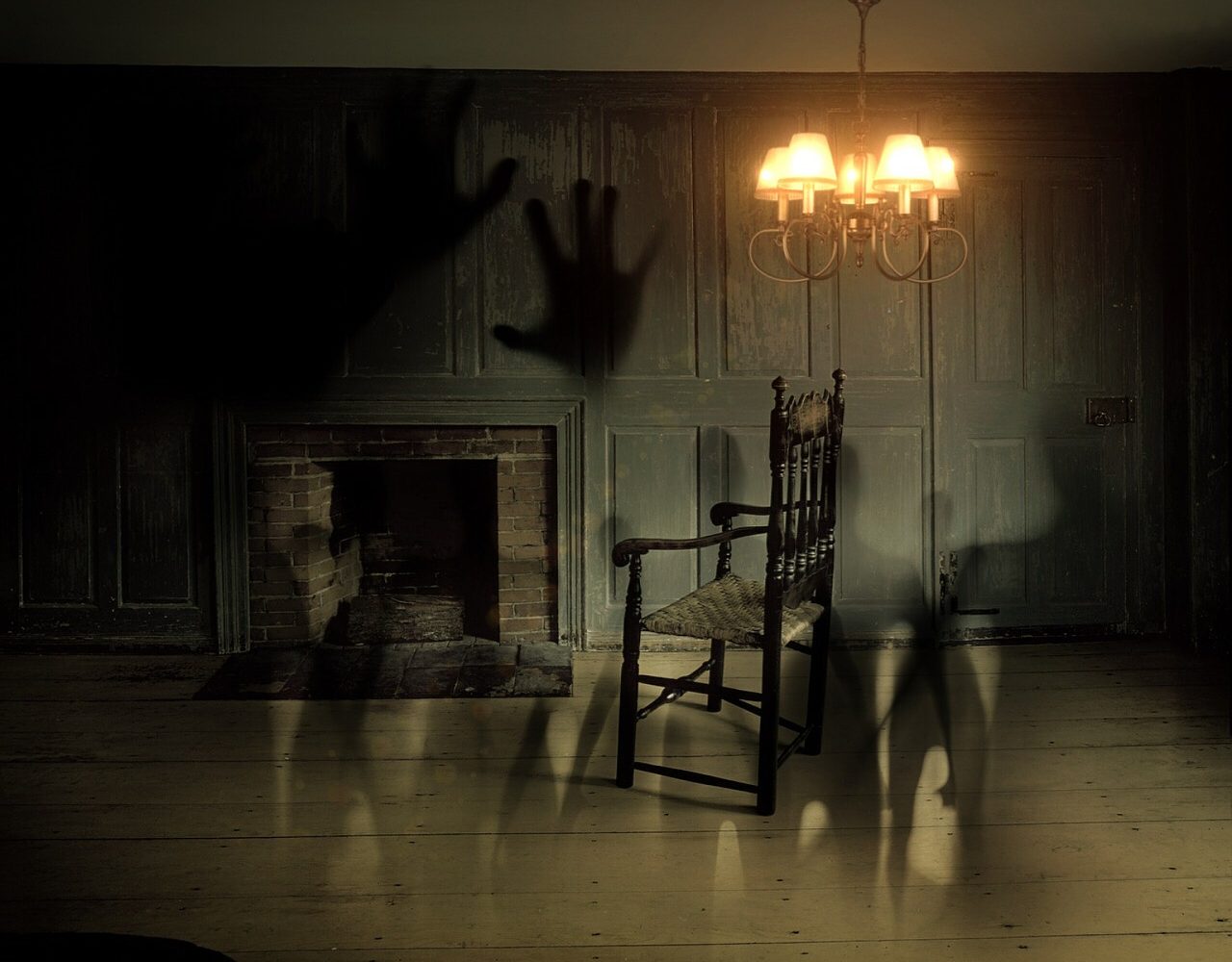 The following is an account from back in 2010, when I went on a ghost hunt in Gettysburg with members of Robert Morris University’s Civil War Club. I thought it would be a fun thing to share again around the Halloween holiday. Enjoy… 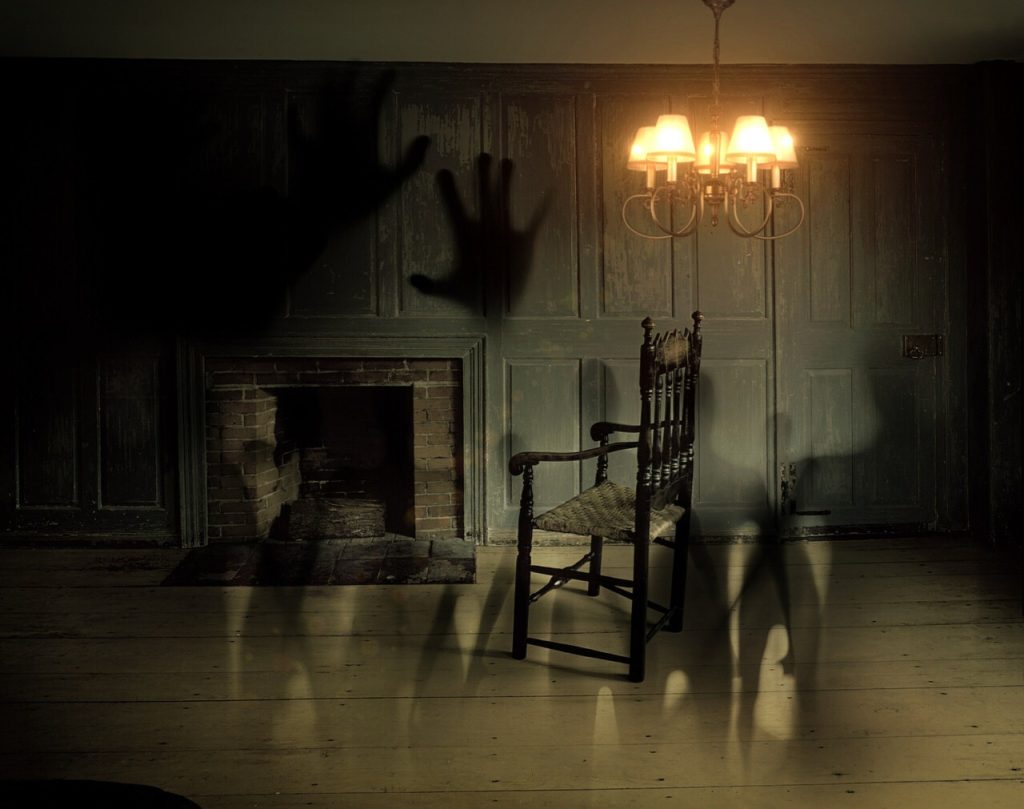 We stood outside the Farnsworth House, which the Travel Channel called “One of the most haunted inns in America,” as we awaited our guide for our planned Gettysburg ghost hunt. This famed inn housed Confederate sharpshooters during the battle, one of whom was believed to have shot Jennie Wade, the only civilian killed during the battle. The south side of the brick house still bears the scars of over 100 bullet holes made by Union fire.

That was the extent of what we knew about the house as we awaited our guide, who would take us on a ghost hunt both inside the house and around the town.

While we waited on the sidewalk out front, I overheard Brie giving Gettysburg history lessons to anyone within earshot. After all, Gettysburg is, in her words, her “main passion.” Even before we arrived in town, as our bus drove north on Rt. 15, her excitement was obvious.

“Gettysburg 11 miles!” she called out at one point. Then, before our driver Bruce could even open the bus door at the visitor center, Brie was sprinting down the aisle to be the first one off. “I’d say I’m obsessed,” she told me. And I would have to agree.

Brie’s especially obsessed with Jennie Wade, who I’d heard her talking about since day one of our trip. “She’s one of the lesser-known stories of the battle,” she said of the battle’s only civilian casualty. “A lot of these stories are left out. And learning about what happened off the battlefield brings it closer to home.”

I asked her what her thoughts were as we got ready to go on our ghost hunt. “I’m excited to hear what the guide says and to hear some good stories,” she said. “But hopefully we won’t see a ghost.”

Erin, a senior elementary education major from Pittsburgh, was obviously anxious as well. “I’m actually kind of nervous,” she said. “I’m prepared to run, screaming.” She showed me her sneakers.

Some, like Elise, were looking forward to the hunt. “I’m super excited!” she said. “I hope we find one” – a ghost, that is.

Sara was scared, too. But for different reasons altogether. “I’m a little bit anxious,” she said, giggling. She wasn’t afraid of seeing a ghost, however. Rather, she was scared of operating the ghost-hunting equipment. “I’m afraid I’ll break it,” she said.

Finally, after more than an hour of waiting, our guide, Dave, arrived on the scene and immediately led us into the Farnsworth House, where we would begin our ghost hunt.

We entered the house through a side door and winded our way through its claustrophobic hallways. Beth and Erin clutched each other as we made our way down to the dimly lit basement, where we would learn how to operate the ghost hunting equipment. The basement door, much like the hallways, was also unusually small. “This is like ‘Alice in Wonderland’,” said Beth. I was the last one down the steps, and for some reason, I kept looking behind me as I went.

The basement décor was disturbing, to say the least. Off to the left, a wicker casket stood empty, waiting. Spooky black-and-white photos adorned the walls. A stone gargoyle sat ominously in one corner. In front of us, a black, wooden casket containing a disturbingly realistic fake corpse was the centerpiece of a macabre, 19th century funeral scene. Behind me, a large piece of slate featured a quote from Col. Joshua Chamberlain of the 20th Maine: “In great deeds, something abides. On great fields, something stays.”

If that wasn’t enough to give you the heebie-jeebies, Dave then went into the history of the house. During the battle, the very room we were sitting in was used for body storage, as were many of the other basements in the town. At one point, there were as many as 21 bodies piled right where we were sitting. What a pleasant thought.

Dave then spent the next 15 minutes or so explaining how to use the various pieces of ghost hunting equipment we would be using. These included an EMF detector, a digital surface thermometer, divining rods, an infrared viewfinder, a night-vision monocular, and a digital voice recorder.

After that, he started sharing stories of encounters he had had in that room over the last seven years as a ghost tour guide – some of them funny; others more disturbing. And it was one of the more disturbing ones, about an angry Confederate ghost who lived in the house and who had a particular disdain for women, which pushed Brie over the edge.

“I want out of here,” she said. And she was deadly serious. Dave led everyone but me, Brian, Matt, and Matt P. out of the basement and out onto the street. The rest of us remained to try to make contact with something, or someone.

Minutes later, Matt P. was standing in the middle of the room when he felt the temperature drop. Suddenly his knees buckled as he felt something, or someone, brush against him. “Was that you, Jeremy?” he asked, referring to the 8-year-old boy whom Dave had told us had died in this home. “If so, can you run into me again?” A moment passed and then Matt’s legs buckled again. And then again.

Right before we exited the room to join the others waiting outside, the other Matt swore he saw something resembling a ball hovering in the corner of the room. “It was like a ball or a globe,” he said. “I’m telling you, I saw it as plain as day. It just…appeared.”

It was then 10:30 or so, and Dave led us away from the house toward the middle school football field, which was built on some of the battleground from the fighting on July 2, 1863. Stopping near a copse of trees behind the field, he told us the story of the Louisiana Tigers, a group of Confederate death row inmates who had attacked the Union front line in this very spot, and most of whom had died as a result.

Dave led us into the woods, which were so dark that we could barely see where we were stepping. “Stop right here,” he said. “You are now standing where a mass grave containing 200 bodies of the Louisiana Tigers was found.”

Right then, my left side became noticeably cold. But before I could tell anyone, Matt P., told me to hold still. “It’s your left shoulder,” he said, pointing a digital thermometer at me. “There’s something there.” Other students converged on me as I felt my left side grow colder and colder. EMF readers were going off the charts. And then, as suddenly as it came, it was gone.

Next, Dave led us to the site of another mass grave that was found during the digging of the foundation for the football field’s bleachers. Here, 59 bodies were found lined up side by side. He also told us of a mysterious unknown general who had been seen many times riding his horse across the field of play – even during games.

The students fanned out and began using the ghost-hunting tools, hoping to make some kind of contact with a spirit from beyond. At one point, several of them converged on a spot that had their EMF readers flashing off the charts and their divining rods moving voluntarily. The entire time, they remained respectful of whatever and whomever was with us at that time. The joking around that I had expected never materialized; they were just way too into the moment.

Around 11:30, Dave led us back to the Farnsworth House, where we bid him adieu and started back to the hotel.

Note: You may be wondering why there aren’t any photos included in this post. Well, I took quite a few photos on my cell phone, which I was hoping to upload to the post. But when I went to do that, I saw that all of my photos had been erased somehow. Freak accident or supernatural hi-jinks? You make the call.

3 Responses to "Ghost Hunting at the Farnsworth House Inn"