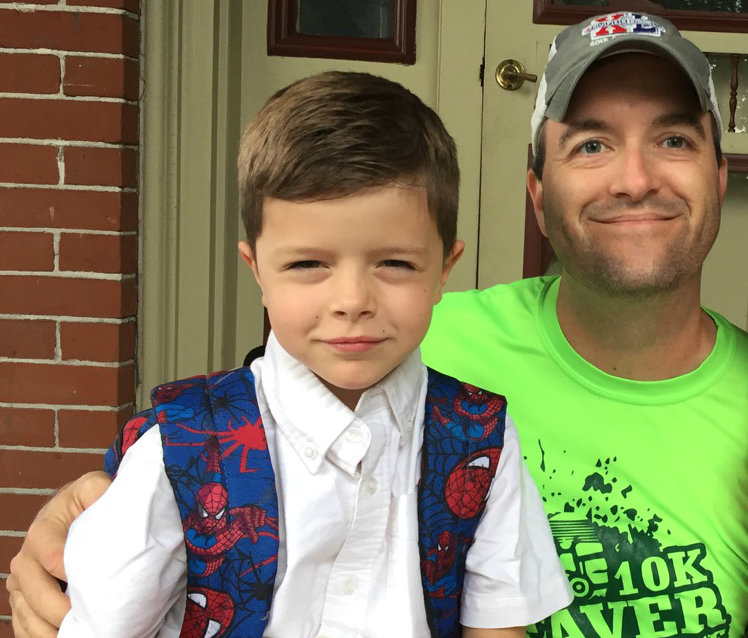 I was out and about around lunchtime the other day, so I decided to swing by my kids’ school to see if I could catch them out on the playground. It had been a tough day, news-wise (go figure), and I just felt like I needed to see them and make sure they were OK.

I got there just as my son’s class and the rest of the younger kids were wrapping up recess. I stood off to the side, trying not to let him see me watching him, while at the same time realizing I looked like some creepy dude spying on the students, which in a way I guess was. Honestly, I’m used to it. I feel like this anytime I am sitting on a local park bench reading a book while kids are playing on the playground. I always try to smile at their parents and appear harmless, but I think this only makes me seem all the more creepy.

The kids in my son’s class were playing kickball in a crazy, chaotic way that only second graders can do. While I watched, The Animal ran, skipped, and galloped around the bases as his classmates scrambled and fought over the foam-rubber ball bouncing across the black asphalt. Earlier that morning, as we were getting ready to leave for school, we had noticed that his just-one-month-old school shoes were literally falling to pieces. Now I could see why.

I still remember having recess on that very same parking lot as a student at that school oh-so-many years ago. We were always playing tag or, my personal favorite, keep away. I remember this one time in particular, when I was the same age my son is now, a fellow classmate and I were fighting to win the heart of the same girl, the lovely Melissa. Well, the war of worlds got pretty heated between us, and the next thing you know, way-too-sensitive 7-year-old Val is off somewhere sobbing.

My big sister, all 9-years-old of her, noticed me crying, and of course she wasn’t about to let it go. So, taking my hand, she marched me right back over to my classmate and the others who had been picking on me. That’s when she really let’em have it: “ALIENS!” she yelled, before leading me away to offer comfort.

In the end neither of us won over our beloved Melissa, and my playground rival ended up becoming my best friend. Such is life.

I’ve heard through the grapevine that, so far, my son has no such problems when it comes to romance, and actually has a few suiters who relentlessly and shamelessly pursue him, much to his (and my) chagrin.

As recess started wrapping up and the kids all got into their respective single-file-lines, my son finally spotted me. At first he seemed mad that I’d been secretly watching him. But then, as they passed me to go back into school, he left the line and ran over to see me, making sure that I gave him a big hug but, of course, no kiss in front of his classmates.

Well, at least this time I didn’t get completely rejected.~

One Response to "Old School Love"