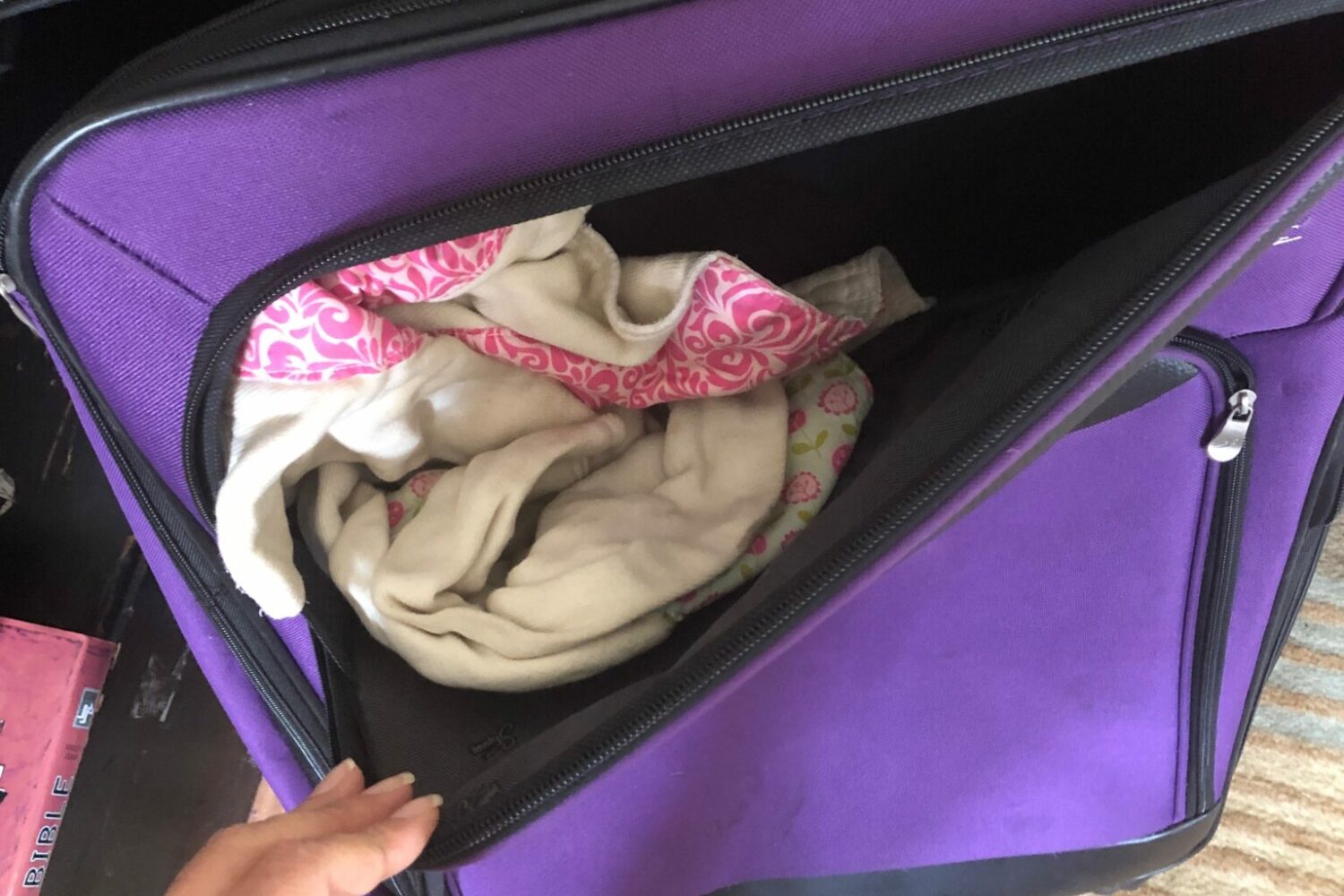 My heart sunk as soon as she said it. We were on vacation in New Hampshire, and Boogieface was getting ready to go to bed when she realized her beloved ‘Raggies’ — a pair of old burp cloths she sleeps with every night — were missing.

Immediately I began searching high and low for the missing Raggies. I looked in the car. In her bedroom. In our bedroom. In the car again. Alas, they were nowhere to be found. Deep down I knew I wouldn’t find them. After all, this had happened before.

It was a couple years back, and we were traveling through Savannah, Ga. We had already driven an hour or so from our motel when Boogs realized she didn’t have her Raggies. I called the motel to see if they had found them, but no luck. My little girl was devastated. And so was I.

Frantically I searched online, and somehow I managed to find the exact same burp cloths on Etsy. So I ordered them and had them sent home. Then, as soon as we got back from vacation, I quickly opened the package and tossed them in with all the dirty laundry. Then, as I was folding clothes, I pretended to find the long-lost Raggies, and all was well again.

Until now. We had been at another hotel the previous night in New York, and I had failed to do the mandatory final Raggies check before we checked out. She must have left them in her bed, I assumed. But when I called the hotel in desperation…nothing. No Raggies. Once again they were gone.

Of course I immediately contacted the person from whom I had bought the replacement Raggies before. Sorry, she said, but she no longer made those burp cloths. Oh no! This couldn’t be (da-da-DUM!)…The End of the Raggies!

I was desperate. I asked what it would cost for a custom order. I’d pay any price—$50…$100…my second-born child! These weren’t just some ratty old pieces of cloth, they were my baby girl’s security blankets. And in my mind, as long as she had them, she was still my baby girl.

Suddenly the Etsy shop owner replied that she found a few left over in storage. Hooray! Once again I had them sent to our home, where I planned to pull the old Raggies-in-the-laundry trick again.

But when we arrived home, before I could do the laundry I had to run out for some groceries. As I sat at the red light at the end of the street, suddenly my wife texted me a picture. Of the Raggies. The REAL Raggies! They were sticking out of the top pocket of the suitcase. Apparently someone had stuck them in there before we had left our NY hotel and forgot all about them. OK, maybe it was me.

My daughter was ecstatic. Her Raggies weren’t lost after all! Once again all was right with the world.

So now we have some brand-new back-up Raggies on hand just in case she ‘loses’ the originals again. And considering her history, the chances are pretty good. ~