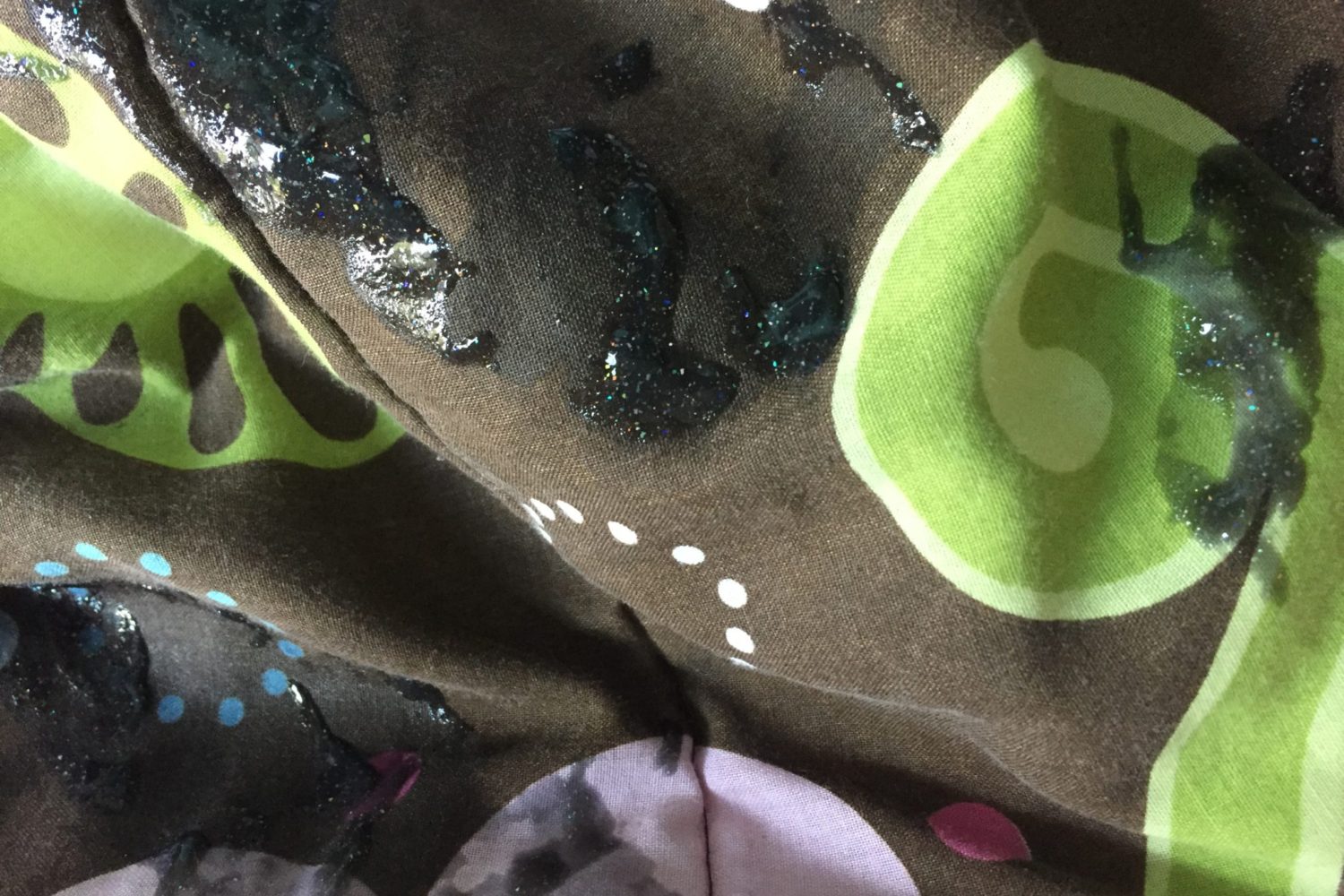 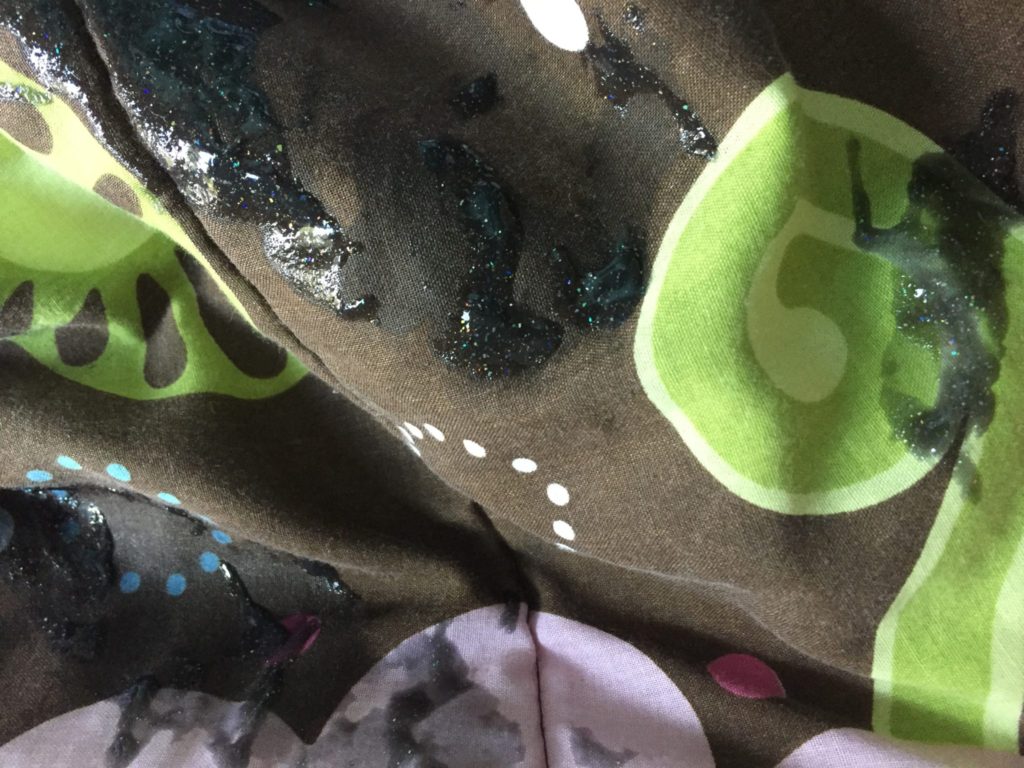 The sound of the bathroom door awoke me.

A light in the hallway, then a tinkling sound. One of the kids must have gotten up to go pee. Either that or we had a tiny-bladdered burglar. As the toilet flushed and the light went off, I relaxed and prepared to fall blissfully back into unconsciousness. But then the bedroom door creaked and I saw Boogieface silhouetted in the doorway.

Not yet fully awake, I caught something about a “mess” and an “accident.” My heart sunk. Nothing’s worse than having to getup in the middle of the night to strip your child’s bed of urine-soaked bedding and urine-soaked stuffed animals. I take that back: Cleaning up vomit at 3 o’clock in the morning—that’s the worst. Been there, done that.

“And it’s all in my hair, too.” Wait, what? Turns out there had been an accident, but instead of pee it was putty.

Earlier that day my daughter had purchased a can of Crazy Aaron’s Thinking Putty upstreet at Castle Toys & Games. It was the “Star Dust” variety, which looks like the night sky and glows in the dark. Well, apparently she had been playing with it in bed and fell asleep. Now she was awake and claiming that her putty was nowhere to be found. Except what was in her hair, that is.

“What do you mean you don’t know where it is?” I said. “It has to be in your bed somewhere.”

“I don’t know,” she said, shruggin. “Maybe it fell behind the bed.”

Being quite familiar with my daughter’s usual level of effort, i.e., little to none, when it comes to performing just about any task, I was certain that the putty was still somewhere in her bed. And as I climbed the steps to her top bunk, my suspicions were confirmed. The putty was still in her bed, all right. Or should I say, all over her bed. The dark, sparkly slime was embedded (ha!) within her comforter, as well as her favorite “raggie,” not to mention a sweatshirt of mine that she likes to sleep with. (Apparently she likes the way Daddy smells. At least one person in this house does.)

So there we were, at 4:55 a.m., digging putty out of our daughter’s bedding and hair. My wife was able to get a decent amount of the slimy substance out of the comforter, but as for Boogieface’s hair, we ended up having to resort to scissors for one big clump of it.

Oh, well. It could’ve been worse. A mess of putty is way more pleasant to deal with in the middle of the night than, say, a mess of pee or puke, both of which we have dealt with on numerous occasions. But such is parenting.

Needless to say, playing with putty in bed has now been forever outlawed in our home. That’s another, way-more-fun part of parenting: spontaneous, reactive, definitive legislation.

One Response to "A Sticky Situation"