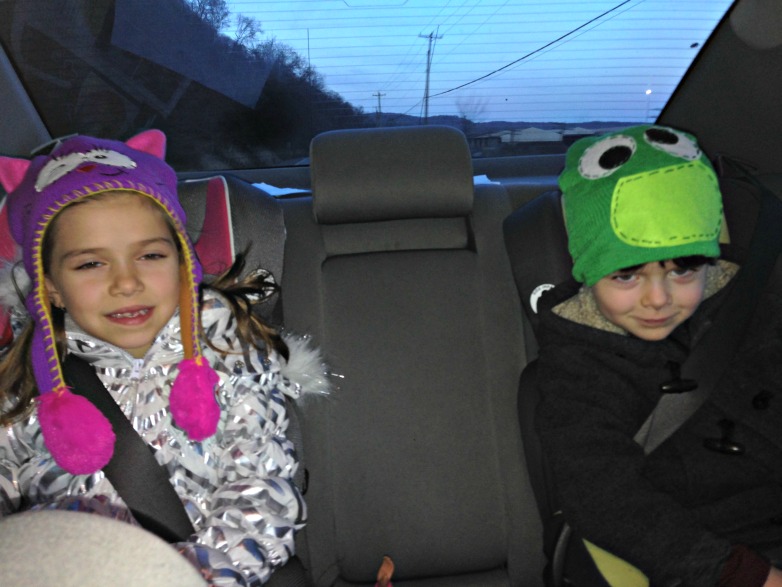 “What’s the matter with you kids?! What—are you just too cool to sing anymore? Is that it?”

It’s been 30 years now, but I can still see Mrs. Deelo standing at her piano at the front of the classroom, glaring out at us as she expressed her frustration. I really can’t blame her. For years in music class we’d sung so enthusiastically and uninhibited. Then, right around 7th Grade, the hormones kicked in and our mouths clamped shut. I’m sorry, but there was no way I was going to be caught dead singing “Edelweiss” in public. That’s the kind of thing that can follow you for life.

Mrs. Deelo absolutely loved musicals (still does) and she couldn’t understand why anyone else wouldn’t share in her passion for the genre. She’d show us scenes from “Singin’ in the Rain”, “My Fair Lady”, “Mary Poppins” and others, and then teach us the songs during class. Far and away her favorite musical was the “The Sound of Music”. We must have watched that movie a dozen times, or at least that’s how I remember it. “My Favorite Things”, “Do-Re-Mi”, “So Long, Farewell”—we sang these silly songs so often I thought I’d never get them out of my brain. It took me almost 30 years, but finally I was free.

Then I did something stupid—I showed the movie to my daughter.

Boogieface also loves musicals, you see—“Annie” and “Mary Poppins” being two of her favorites. But after watching both of these at least 100 times apiece, she was itching for something new. So we decided to borrow “The Sound of Music” from the local library to see if she liked it. She did, and, much to my surprise, so did my son. To tell you the truth, I even found it to be somewhat enjoyable after so many years of separation, particularly the looming WWII storyline, which appeals to the history buff in me. (Liesel’s not too hard on the eyes, either.)

Since they liked it so much, for Christmas we decided to get them the soundtrack on CD so they can hear their favorite songs anytime they wish. Unfortunately, they wish to hear them ALL THE TIME. No joke. The CD is now on loop inside my car, and the kids insist we listen to it anytime we go anywhere. Over the past few weeks I’ve heard “Do-Re-Mi” so many times I wake up in the middle of the night singing it in my head. “My Favorite Things”, ironically, has now become one of my least favorite things, and I’ve even caught myself singing my own favorite songs with a British accent.

Take it from me, “Sweet Child O’ Mine” really loses its edge when you sing it like Julie Andrews.

I’m worried that it’s having physical effects on me, as well. At my daughter’s gymnastics class recently, one of the other students whispered to her mother — get this — that she thought I looked like Captain von Trapp! I feel like I’m in an episode of The Twilight Zone.

Of course, I could just put my foot down and refuse to play the CD in the car, as is my right as The Daddy. But I have to admit, there’s something undeniably sweet about my seven-year-old daughter singing “Sixteen Going on Seventeen”, and my four-year-old son contemplating, through song, how one can possibly “solve a problem like Maria.”

We see Mrs. Deelo just about every Saturday upstreet at the cafe, and, of course, she was delighted to hear that her love of the movie has been passed along to another generation. So I guess she won in the end.

I suppose I shouldn’t complain, though. I mean, it could be worse. At least they’ve forgotten about “Let It Go”. For now. ~