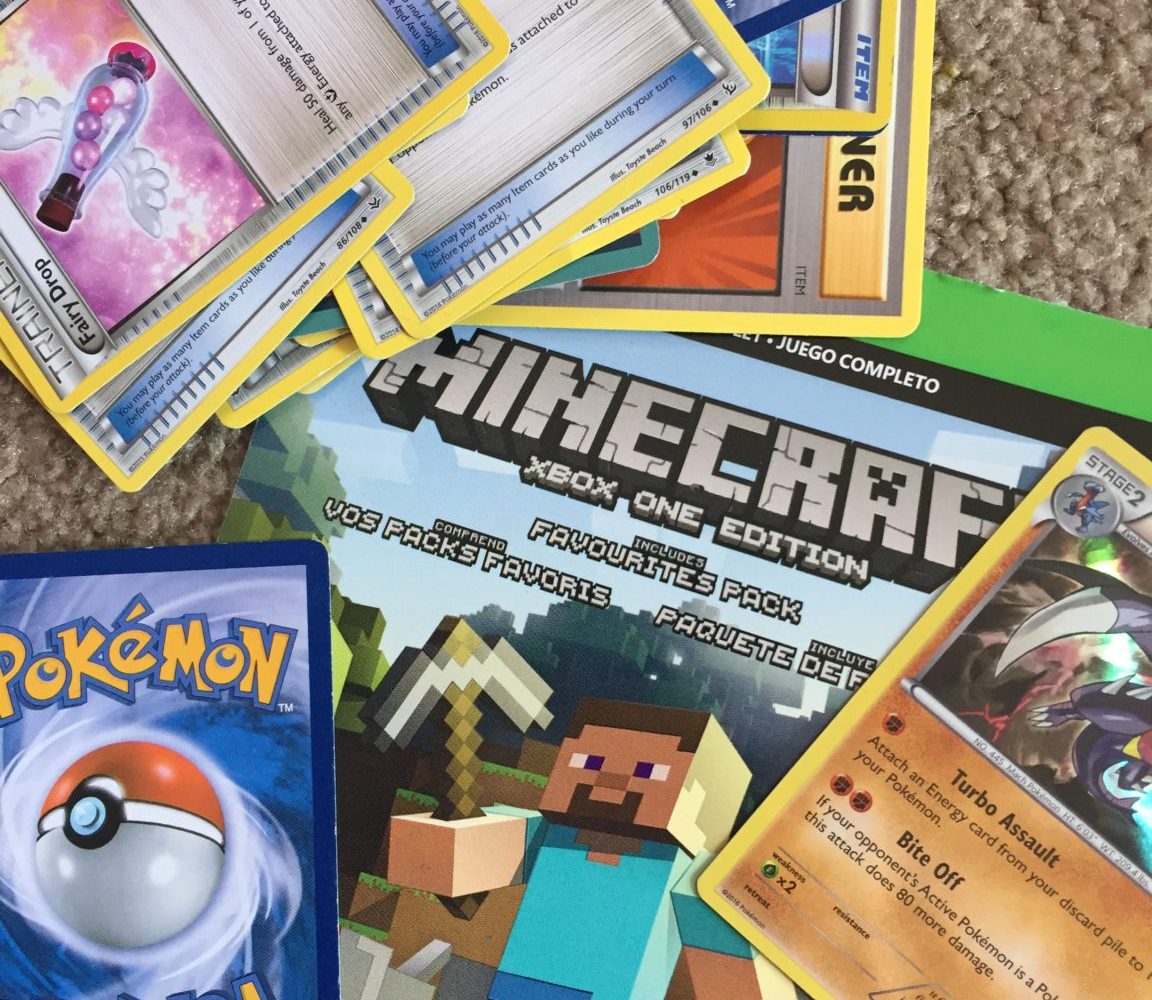 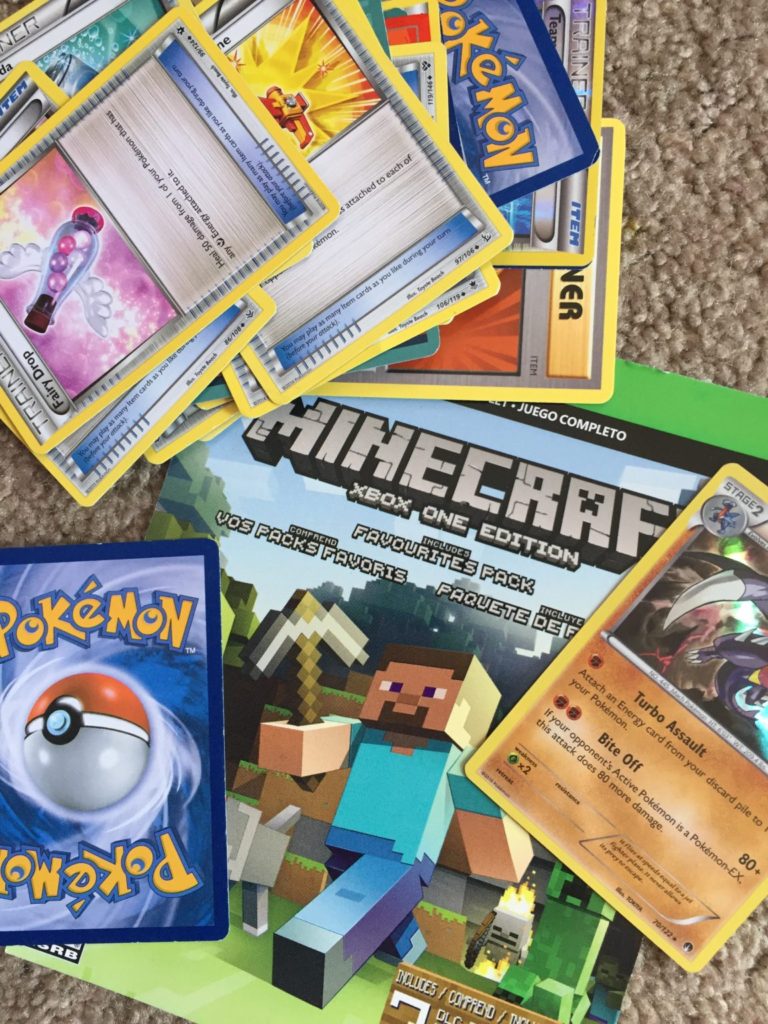 Of all the great mysteries of the universe — dark matter, black holes, the allure of daytime television, etc. — two in particular have me utterly perplexed: Minecraft and Pokémon.

It all began when my son, aka The Animal, went to school with a $15 Minecraft action figure and then came home instead with four beat-up old Pokémon cards. “I traded with John!” he said excitedly. “Look, Daddy! I got an EX and a Mega EX!” Personally, I thought he got a bum deal. But what do I know?

Before you know it we’re buying packs of Pokémon cards at Walgreens (at $5 bucks a pop!) and my son is asking for “tins” of cards ($25 each!) for his birthday and Christmas. Before long those four initial Pokémon cards had multiplied to somewhere around 300 and were scattered all throughout our house, much like those pesky tribbles on the Star Trek Enterprise.

I get the appeal of collecting cards. Heck, I’ve still got shoeboxes full of old sports cards in the cellar. But unlike those good old-fashioned baseball or football cards, which were for admiring and pretty much nothing else, Pokémon cards are used in a role-play type of game, in which each card can do a different amount of “damage” to those of your opponent. The game itself is sort of like that old card game War, just way more complicated.

The cards are harmless enough. The problem is when The Animal asks me to have a Pokémon battle with him. First of all, he has absolutely no idea what he’s doing and pretty much just makes up the rules as we go. He’s also a blatant cheater and is constantly stacking the deck pre-deal. We’ve had tons of battles and not once have I won. (Not that I’d realize it even if I did.) Secretly, I’m okay with that. The way I see it, the sooner I lose, the sooner I can go off and do something more productive with my time.

Minecraft is just as frustrating. As video games go, it’s downright primitive. I mean, the graphics are terrible. And in a way, I’m offended by it. I didn’t slog my way through the rudimentary graphics of the Atari 2600, and then through the so-so imagery of Nintendo and later Sega, just so my own kids would end up playing games with the pixelation of Pong. For cryin’ out loud, there are video games out there today that are so lifelike, so realistic, you’d think you were watching a movie. Why on earth would you drive a Pinto when you’ve got a Ferrari in the garage?

But, hey, for some reason they love it—crappy graphics and all. They’ll sit there for hours constructing strange, boxy-looking homes and buildings within a boxy world, while at the same time fending off boxy-looking zombies and boxy-looking giant spiders, all without really accomplishing anything. It’s nuts. At least when I was playing my primitive-looking Atari video games there was a purpose: to win the game!

Instead of naming it Minecraft they should have called it Mindless.

But again, what do I know? (Heck, I’m the middle-aged man who’s obsessed with Bigfoot.) I guess as you get older, the world of the young just makes less and less sense. Which is fine with me. As they say, ignorance is bliss.

And at this rate it looks like I’ve got a lot of bliss in my future. ~

Find all kinds of solutions in your daily technology use at LyncConf.com.

5 Responses to "Minecraft, Pokémon, and Other Mysteries of the Universe"